Delivering her welcome address at the ceremony to handover the Chairs to the Partner Schools, the Principal of St. Teresa’s College of Education, Hohoe, Ms. Sophia Adjoa Micah, said that in the 2018/2019 Academic
Year, the first batch of students pursing the Four-Year Bachelor of Education (B.Ed) Programme were admitted into the College. She noted that as part of the Four-Year B. نتائج كوبا امريكا 2024 Ed Programme, the Students were were to undertake weekly School Observation dubbed ‘Field Experience’ in the Partner Schools for the first three years. There was therefore the need to train and equip the Teachers in the Partner Schools with the necessary skills to enable them mentor the students. She said that during one of the training sessions, the teachers made a request to the College for the supply of chairs to the Partner Schools.

The College, she noted, took up the challenge and assured the teachers that the request would be considered. الفرق المتاهله في اليورو 2023 The donation of the Chairs was therefore in fulfilment of the pledge of the College to the Partner Schools in the Municipality. كونكر The Chairs, she said, were meant to ease the inconveniences the Schools had endured since the start of the programme.

Ms. Sophia Adjoa Micah thanked the Partner Schools for accepting and allowing the students to undertake the Field Experience component of the 4-Year Programme in the Schools. She called on the Headteachers
of the beneficiary Schools to ensure that the Chairs were used for the purpose for which they were donated

Mr. Jeremiah Kwame Bani, the Headteacher of St. Teresa’s Demonstration Basic School who delivered the acceptance speech on behalf of his colleagues was very thankful to the Management of St Teresa’s College
of Education for the donation. He assured the College that the chairs would be used for the purpose for which they were donated. He also used the opportunity to call for support from other organisations.

Mr. Emmanuel Tsebie, who represented the Hohoe Municipal Director of Education at the ceremony thanked the College Management for coming to the aid of the Schools in the Municipality. He said that the Municipal Education Directorate had been trying to supply enough furniture to the Schools in the Municipality. The donation, he remarked came at the right time and a relief to them. He called on the beneficiary schools to take proper care of the chairs to ensure that they last long. He called on other
institutions and other benevolent societies to emulate the example of the College. 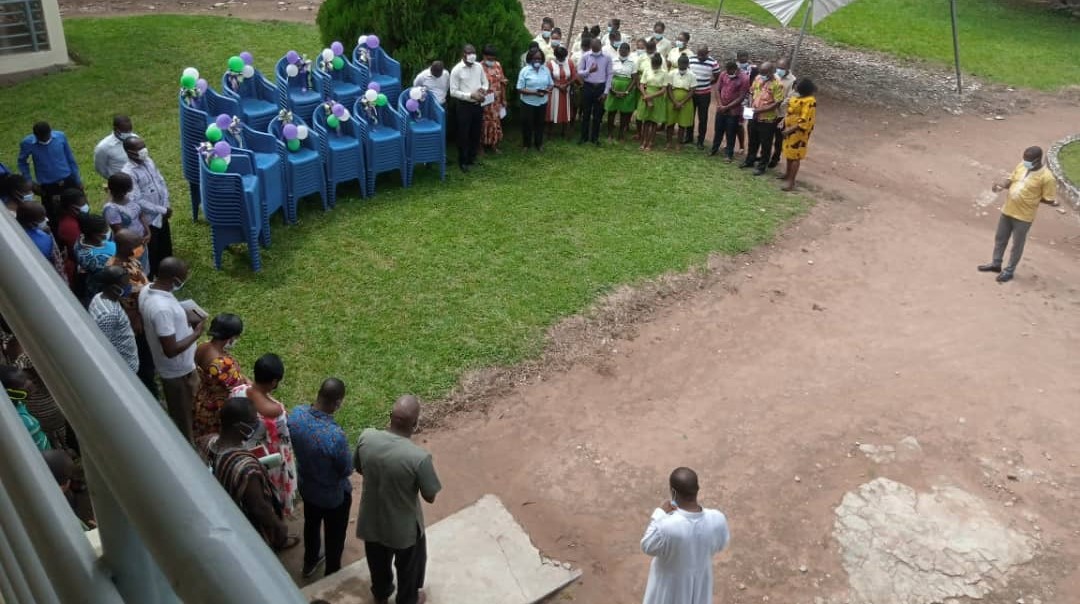 Present at the ceremony were Mr. Bismark Tsorhe, Vice Principal of the College, Mr. Thaddeus Danquah Kokobina, College Secretary, Rev Fr. Bernard Toffa, Chaplain and Students’ Affairs Officer, Mr. JohnNewton Kumi, STS Coordinator and some other Members of the Academic Board and students of the College. 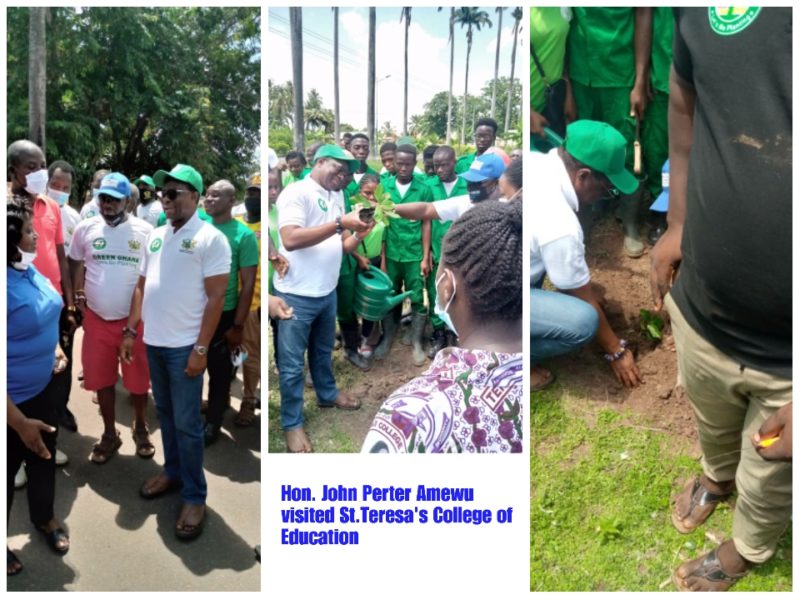 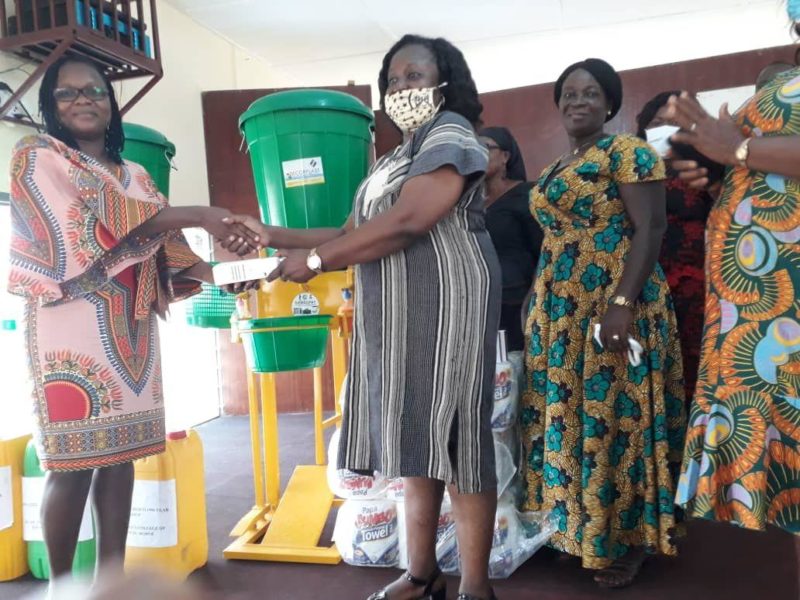